Hannans are very pleased to have been part of the team who designed the MEP Services for the 320,000 sq ft Co-operative Group Headquarters building – One Angel Square.

Opened by the Queen on 14th November 2013, the new head office at One Angel Square Manchester was at the time officially the world’s greenest office building, with a BREEAM score of 95.16% – ‘Outstanding.’

The design of the building was driven by the Co-operative Group’s desire to create a Carbon Negative building. The sixteen storey office building was designed to achieve a BREEAM Outstanding rating, as well as an EPC ‘A’ rated near zero carbon building, with cutting edge integrated design.

The services design included 3D modelling, together with building modelling and dynamic simulation to calculate and assess the buildings energy consumption and potential EPC and DEC ratings.

The project has won numerous honors including both Design & Innovation, and Overall Project of the Year at the 2013 RICS Awards, BCO 2013 Corporate workplace of the year, Property Week 2012 Sustainability Achievement Award, and a 2013 BREEAM Award. 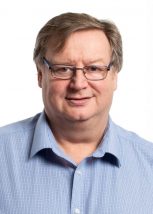