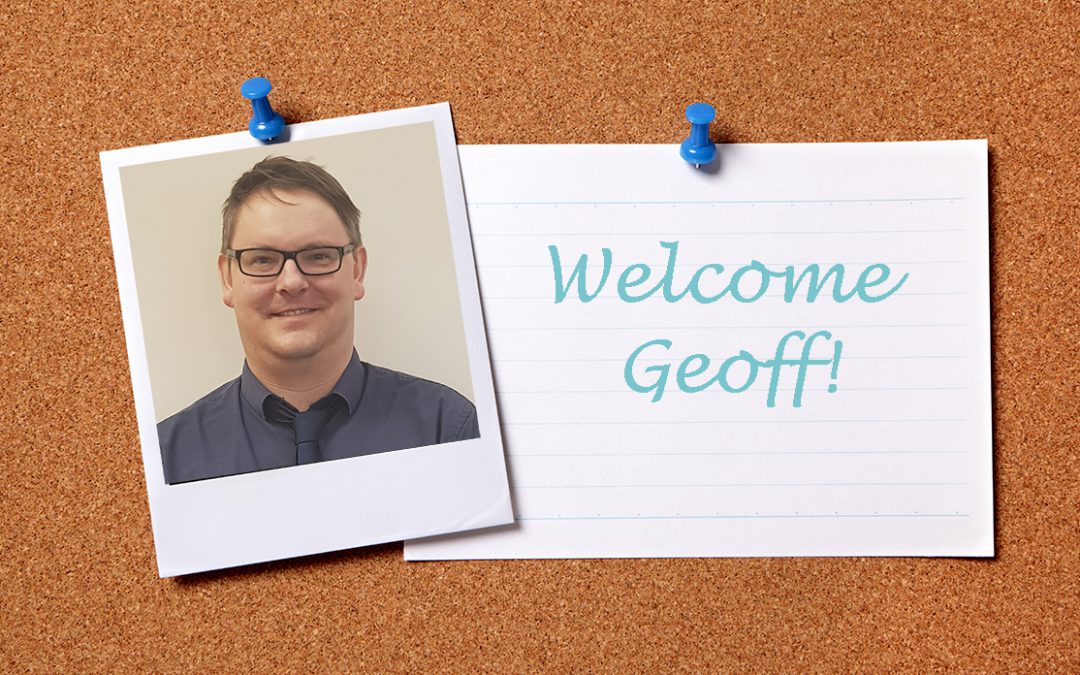 As part of our continued expansion we are very pleased to introduce you to our newest recruit Geoff Blackburn.

Geoff’s experience and abilities will be a great asset to our current and future projects.

Welcome to the team Geoff! 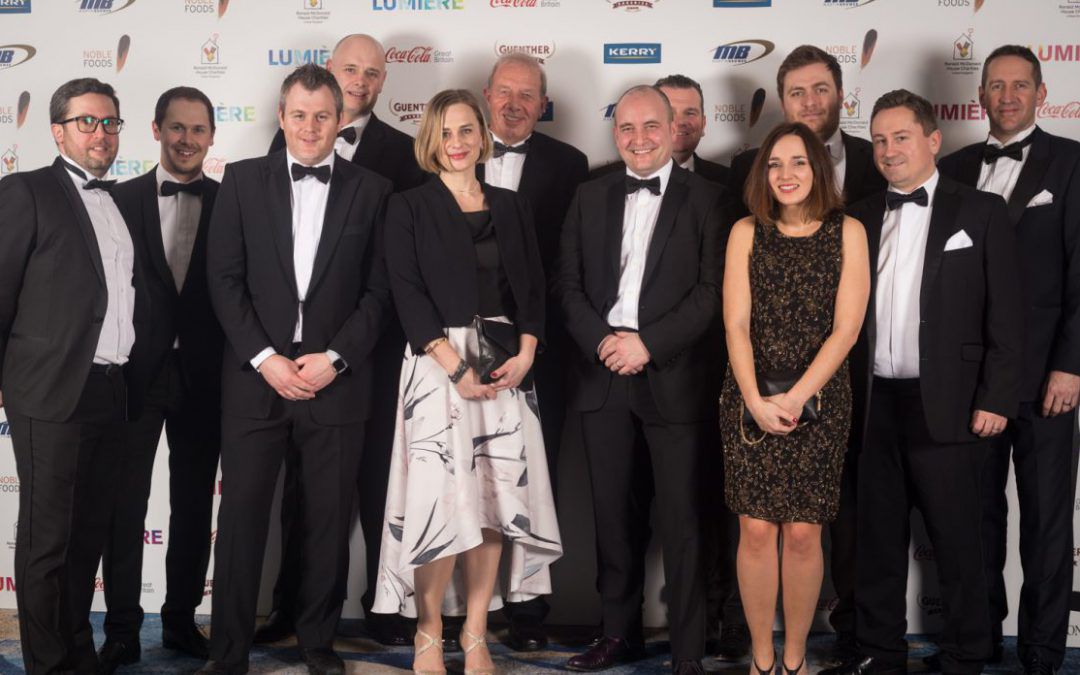 The annual Ronald McDonald House Charities (RMHC) Gala dinner took place on Friday at Grosvenor House Hotel on Park Lane. Our very own Jamie Hall and Andrew Carrington were in attendance to support the event which raised an incredible £284,967 on the night.The theme for the evening was Lumière to highlight the charities aim to bring light and hope to families going through difficult times. 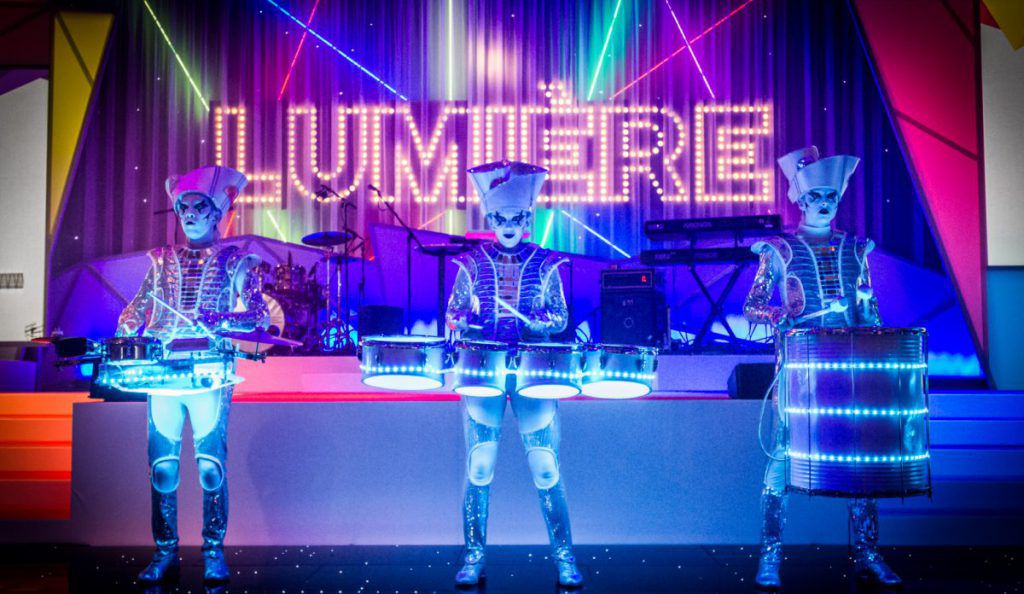 Ronald McDonald House Charities provide free ‘home away from home’ accommodation at specialist children’s hospitals across the UK, enabling families to stay close to their child and maintain a degree of normal family life. Over the last 29 years they have helped tens of thousands of families during some of the toughest periods in their lives. There are currently 14 Ronald McDonald Houses across the UK, all just moments away from their respective children’s wards, with plans for further developments well under-way. 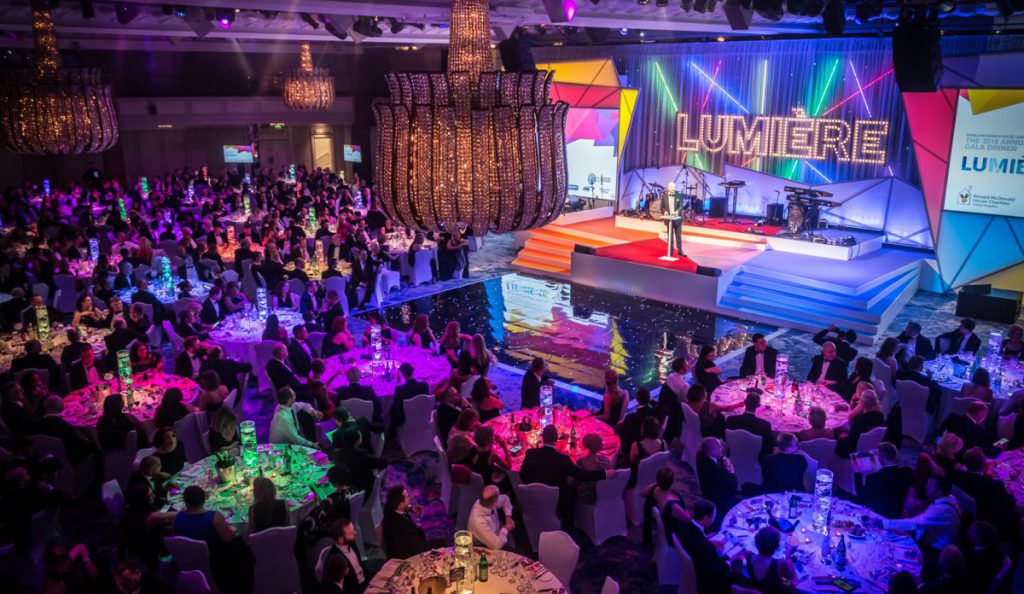 Congratulations to all those involved and to those who attended the night for raising so much for a worthy cause!

To find out more about how you can get involved with the RMHC visit their website here: http://www.rmhc.org.uk/get-involved/ 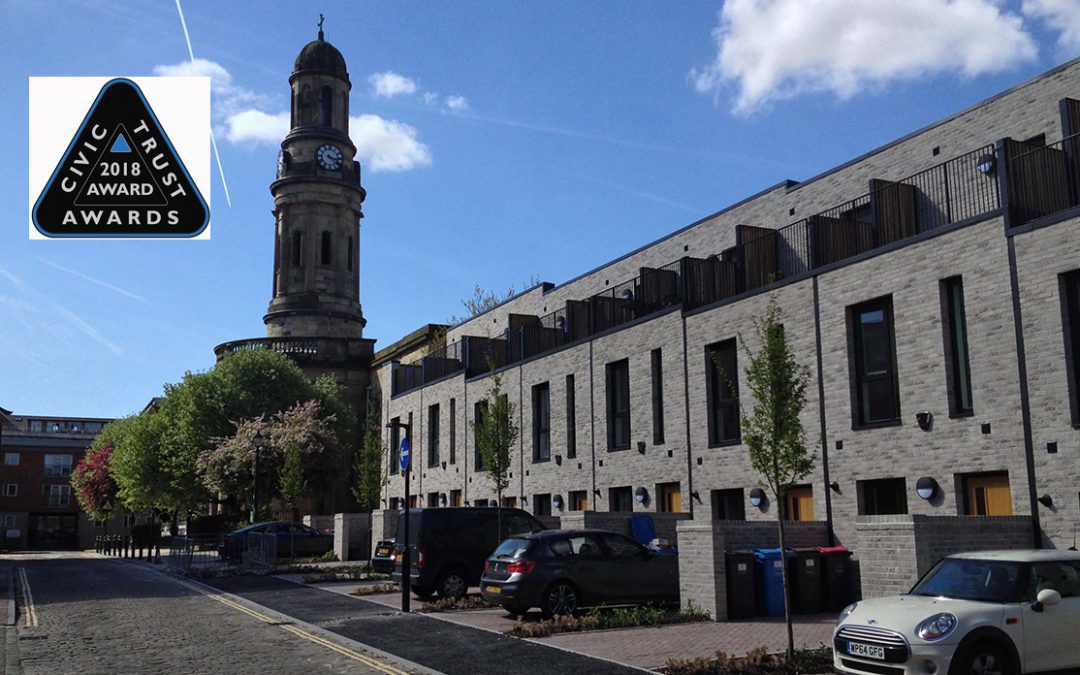 The new development scheme was selected as one of just 18 winners from a shortlist of 45 finalists from across the globe. The recent win marks the third award for the development after previously winning small housing development of the year at the 2018 Insider North West Property Awards, and an award for best multiple rental (Built) at the 2017 Manchester Society of Architects Awards.

The scheme was designed by Buttress Architects as a contemporary reinterpretation of the area’s existing Georgian houses, and consists of three blocks of 36 two, three and four-bedroom townhouses. Each of the terraces have been set out to re-establish the historic urban grain of the area, focusing on the architectural and urban focal point of the adjacent Grade II* listed St Phillips Church, while also serving to define a new communal courtyard at the heart of the development.

Timekeepers Square is the second of three residential developments in the area from the English Cities Fund alongside Vimto Gardens and Carpino Place, that form part of the wider Salford Central regeneration scheme. We are proud to have been on the project team for all three of the successful developments and congratulate all those involved on another deserving awards win. 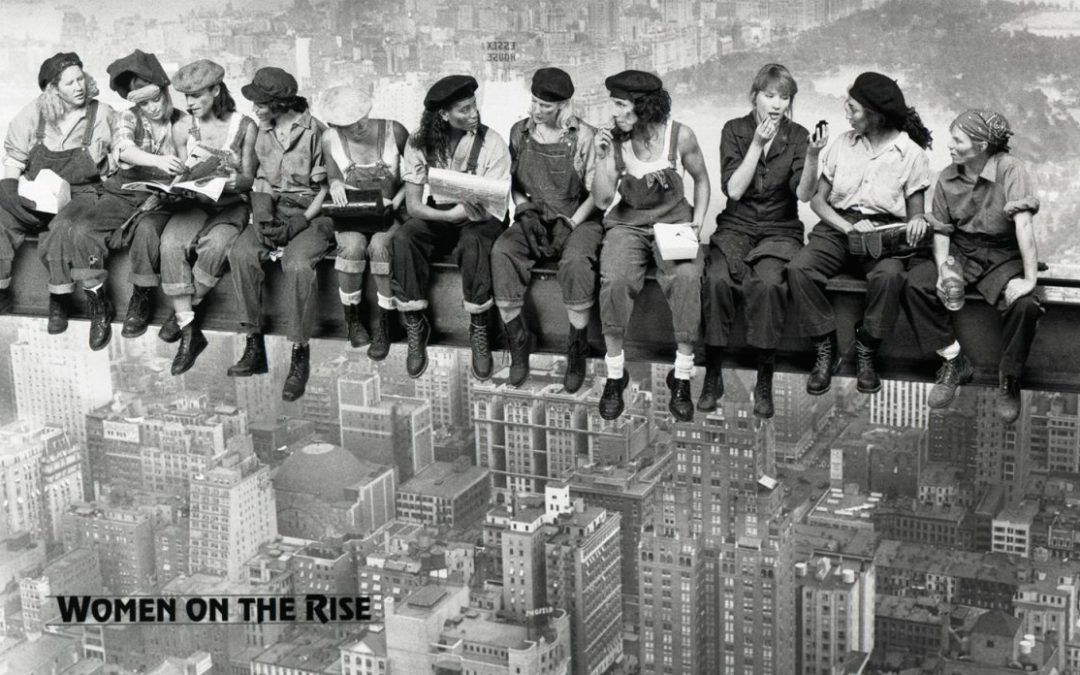 There are still so few women in engineering roles so can early intervention encourage women into the field? At the moment approximately only 13% of the overall STEM workforce, and only 4% of engineering apprentices in the UK are female. This year for International women’s day we thought we would take a look at women in engineering and what the future holds in trying to progress gender parity in STEM.

At the moment an under representation in STEM degree courses along with a lack of exposure to these subjects has had a serious impact on the amount of young girls deciding on engineering as a possible career choice. Many believe that the best way to ensure equal participation of female and male students in engineering degrees is to promote career discovery programs for young female students, that allow them to explore their potential, curiosity and passion for innovation. Creating school workshops aimed at exploring technology in technology in an interactive and insightful way, such as building design, robotics or coding, would give girls the practical knowledge and understanding of the impact that they can have being part of innovative projects.

There has already been a move towards this area with the rise of engineering toys aimed at young girls such as Roominate an award-winning and customisable line of wired building systems, which is designed to teach mechanical and electrical engineering concepts.

Also the rise of high profile female role models in this area, both real and fictional, has the potential to encourage future generations of girls into STEM subjects. Previously individuals such as Richard Branson and Eton Musk showed these careers as predominantly male, now however modern female role models in STEM subjects seem to be on the rise. Films such as ‘Hidden Figures’ which tells the story of Katherine Goble, Mary Jackson and Dorothy Vaughan, three black women from the “computer pool” at Nasa who helped provide the data for the first successful space missions, have shed light on important female STEM subject leaders who have previously been under represented.

However once a female engineer enters the workforce they face other obstacles, Construction News reports that one in five construction companies have never promoted a women to a senior position and nearly half of female workers have experienced gender discrimination.  Inequality of opportunity to progress and poor behaviour towards women remains an important issue in a male dominated industry. In order to address this many major companies have started to implement plans to address the situation, such as Willmott Dixon who have announced that it aims to reach gender parity by 2030. But we must all play a part in attracting and maintaining a more gender-balanced workforce, especially when you consider the skill shortage that the industry faces.

Engineering is one of the most diverse areas to work in, as engineers find new ways of doing things and developing creative solutions to modern problems, ultimately creating a better lifestyle for us all. When girls don’t think they are welcome in a subject such as engineering, it means that some of the most talented individuals are lost to this employment sector.