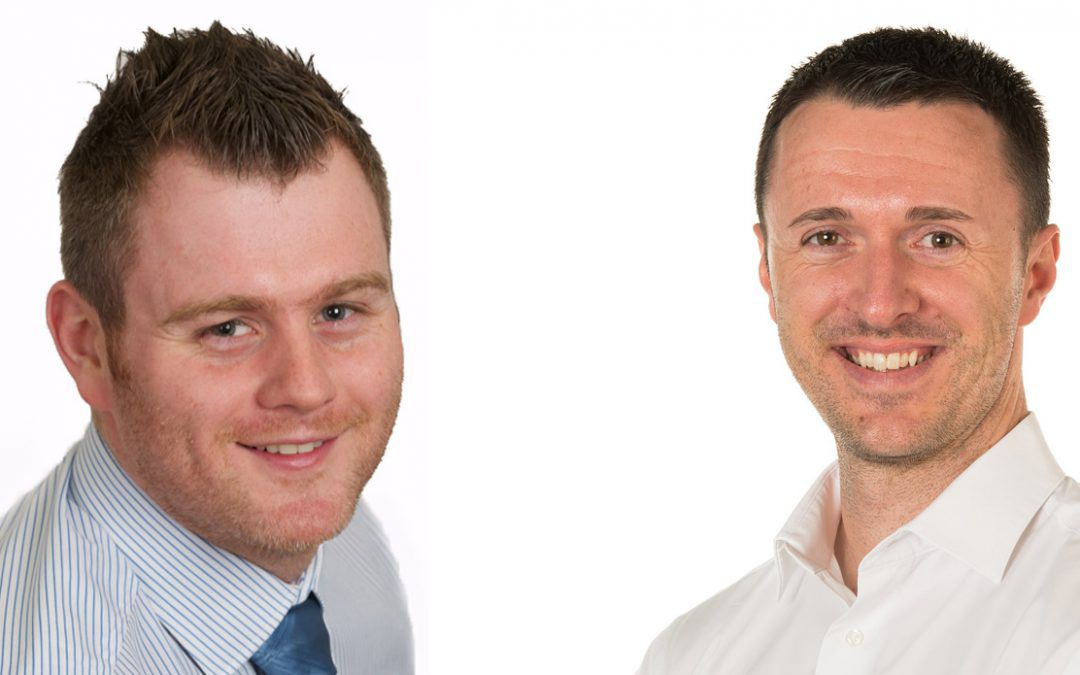 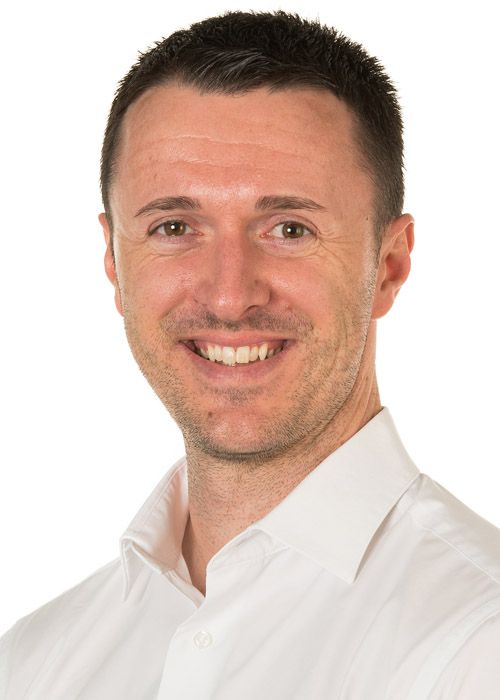 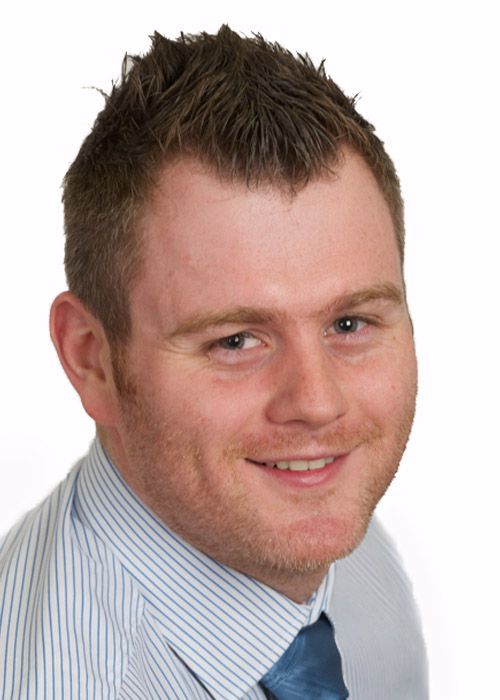 As part of the expansion of our senior management team we are pleased to announce that Andrew Carrington and Carl Pickford have been promoted to Associate level.

Andrew and Carl joined Hannan Associates as apprentice engineers and have over the years become integral to the delivery of some of our biggest schemes and our longest standing client relationships.

We hope you will join us in wishing them the best of luck in their new roles. 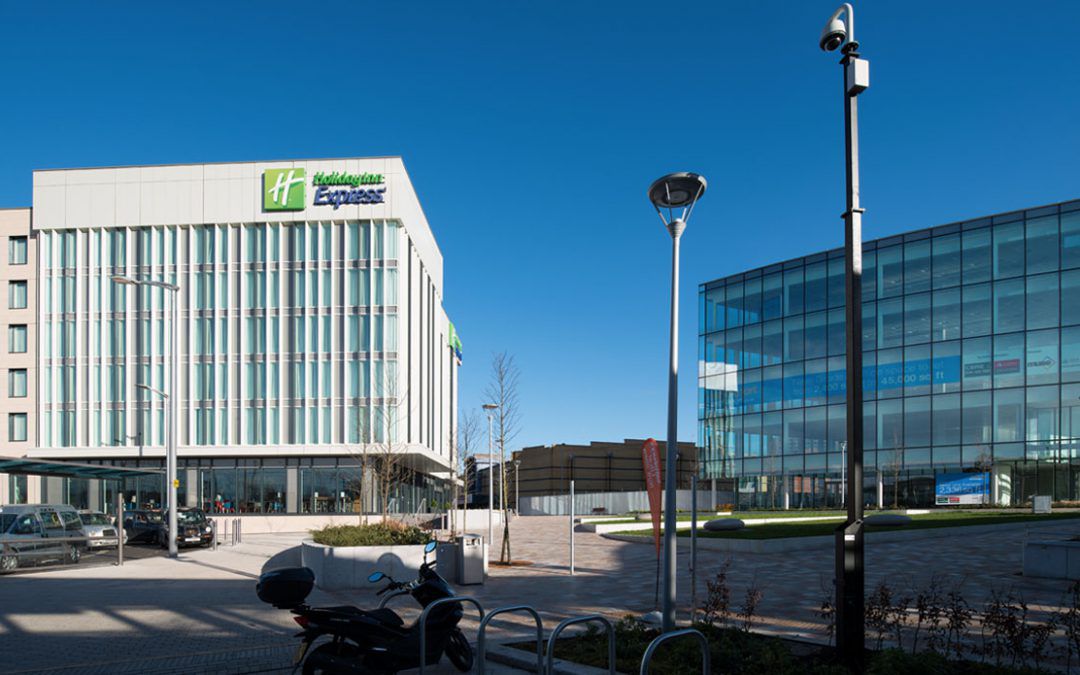 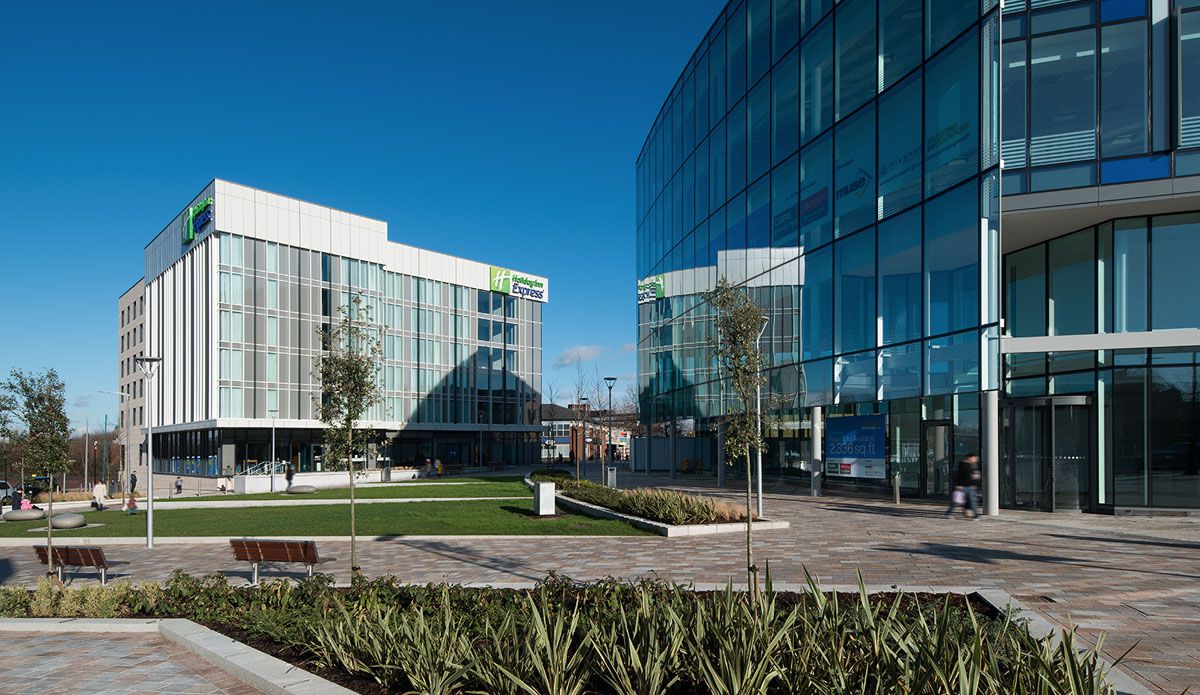 Eric Wright have completed the construction of One Stockport Exchange, a 50,000 sq ft office next to the town’s train station. The five-storey office is the first to be built within the Stockport Exchange regeneration area by Muse Developments, in partnership with Stockport Council.

Negotiations have begun for potential occupiers for the office which offers up to 10,850 sq ft floorplates across four floors. One of the ground floor retail units has been fitted out by Sainsbury’s, for a new ‘Local’ store which is now open.

The scheme includes new pedestrianised public space outside the train station, and a new reconfigured road layout to improve station access, that provides a dedicated drop-off facility as well as the new taxi rank. The aim is to create a new gateway to Stockport town centre.

This is the second phase of development that we have worked on, as part of phase one of Stockport Exchange we designed the MEP services for the new 1,000 space multi-storey car park at Stockport train station.

Cushman & Wakefield and CBRE are joint agents for the scheme and the architect is Aedas RHWL.

‘’I have had a continued involvement with this project from the start and it is fantastic to finally see the finished buildings and landscape, this phase of  the development has really transformed the look and feel of the space immediately in front of the station entrance’’ 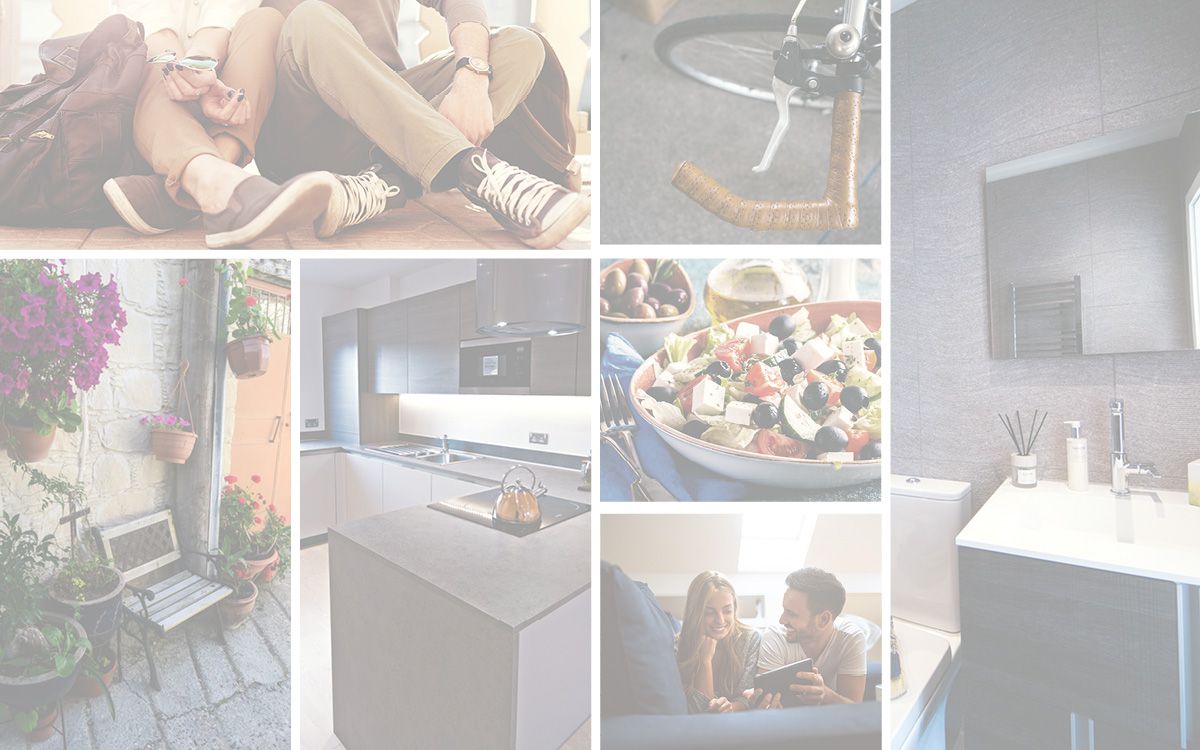 We are pleased to be working on the latest stage of Salford Central’s Chapel Street regeneration scheme delivered by English Cities Fund (ECF), Carpino Place. The start of construction was marked with a sod cutting ceremony at its Oldfield Road Site.

Carpino Place is a new development of townhouses following in the footsteps of the award winning Vimto Gardens, and the sold out Timekeepers Square. It is named after Archbishop Francesco Carpino who, in 1966 along with the then mayor of Salford, laid the foundation stone of The Stella Maris Seaman’s Mission, which previously occupied the site.

The £4 million scheme will comprise 22 three-storey townhouses with an internal courtyard housing car parking spaces for each home, private rear gardens, rooftop terraces and patio areas. The project will also incorporate the restoration of the historic cobbled Wroe Street and South William Street.

ECF are working in conjunction with Salford City Council to develop the project, creating a design that will complement the surrounding area, as well as enhance the existing streetscape, and strengthen its urban setting.

We are pleased to be working alongside Buttress Architects, Integra Consulting, Appleyard & Trew and John Turner Construction on this project. The properties are expected to go on sale in spring 2017. 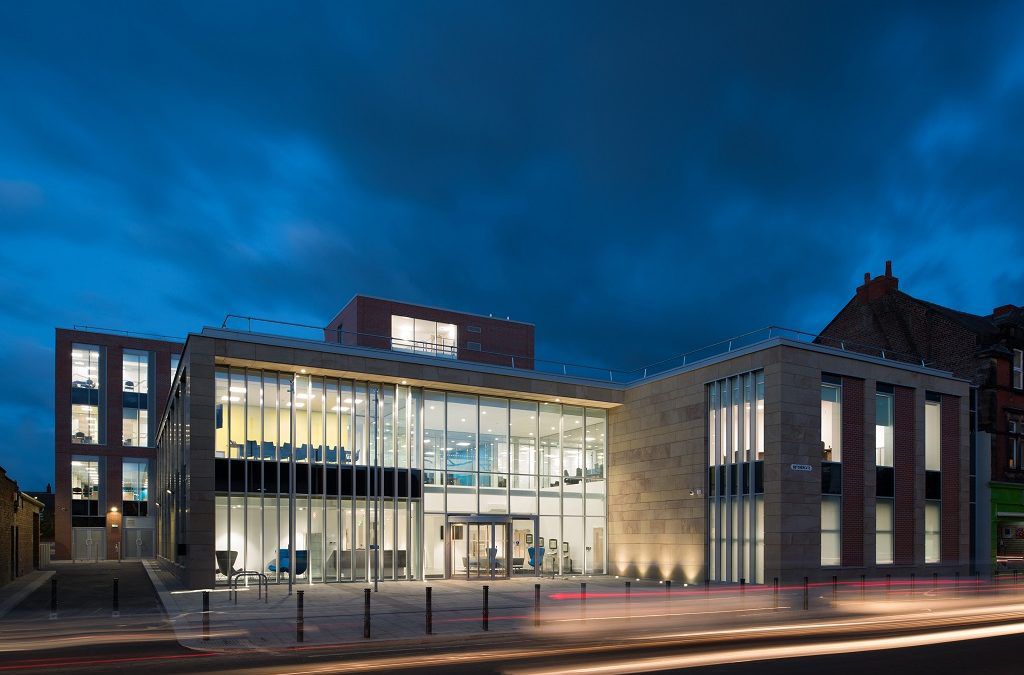 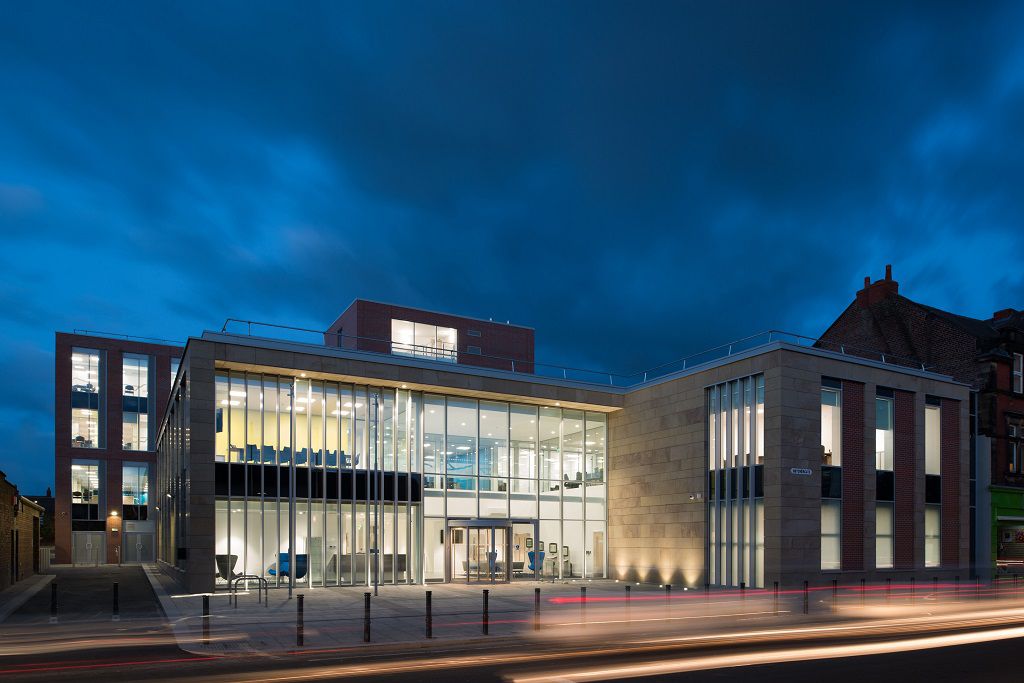 Eric Wright Construction have completed works on Cumbria County Council’s 60,000 sq ft headquarters, with staff beginning the move into the new office building based on Botchergate..

We worked alongside architects AHR and structural engineers Curtins on the £10.4m project, which is part of a downsizing project to relocates staff from 22 separate buildings into two locations. The new building houses 450 workstations for the 700 staff that will be based at the site.

The aspiration of the Council was to occupy a building which is sustainable, and integrates passive design, low energy technologies and reduced maintenance requirements. In response the primary focus of the design of the building, and the associated MEP services installations was to maximise natural ventilation, natural day lighting, minimise heat gains within the building and incorporate renewable and low energy technologies in order to reduce energy consumption and the associated production of carbon dioxide.

The building services installations contribute to the overall sustainability of the building by incorporating renewable, low energy systems and sustainable technologies such as;

The mechanical and electrical services provided by us are designed to maximise flexibility of the open plan office space and to facilitate the possible future sub division of the office area.“Working on this scheme was an interesting challenge to provide a low energy solution to meet the Council’s needs whilst ensuring maintenance costs were kept to a minimum.”

“Working on this scheme was an interesting challenge to provide a low energy solution to meet the Council’s needs whilst ensuring maintenance costs were kept to a minimum.” 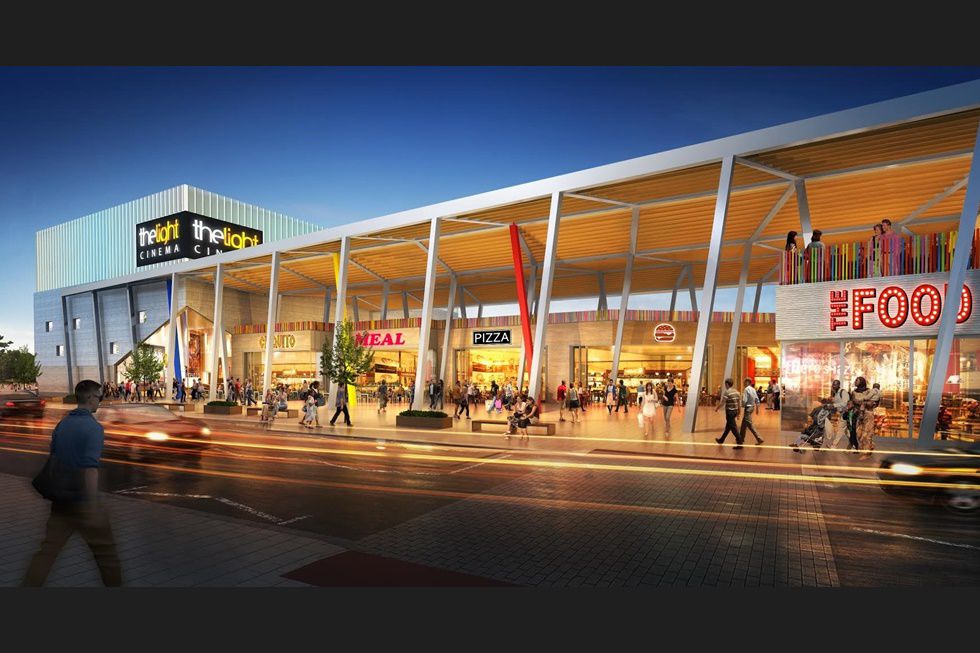 We are pleased to be working for Sovereign Centros alongside Leslie Jones Architecture for the redevelopment plans for the former Adjaye’s Market Hall in Wakefield. The site will be redeveloped to include a nine-screen ‘Light’ cinema, seven restaurants and public space.

Hannan Associates previously provided concept design and performance specifications for the £200M Trinity Walk Shopping Centre development, which included designing the external lighting, major utility services and multi million pound diversions associated with the road realignment and removal of the high-pressure gas storage bullets on the site.  The development provided the centre of Wakefield with 600,000 sq ft of exciting new retail space, Completion in May 2011 saw the opening of new retail units for Sainsbury’s, Debenhams, Next and New Look, alongside some 50 other retail units together with offices, new market hall, a new public square, and 910 car parking spaces.

The development provided the centre of Wakefield with 600,000 sq ft of exciting new retail space, Completion in May 2011 saw the opening of new retail units for Sainsbury’s, Debenhams, Next and New Look, alongside some 50 other retail units together with offices, new market hall, a new public square, and 910 car parking spaces. 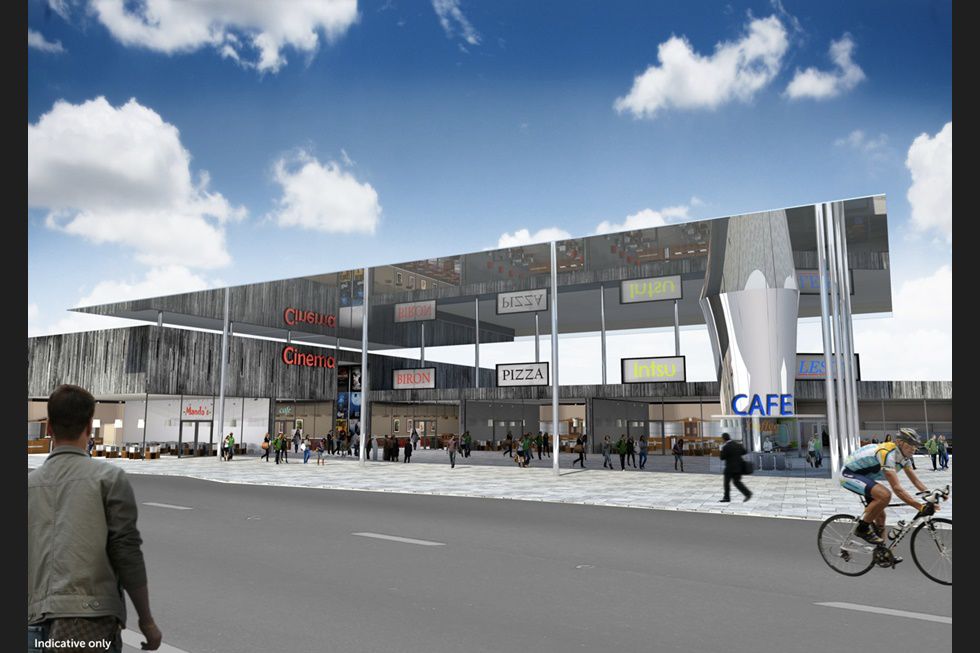