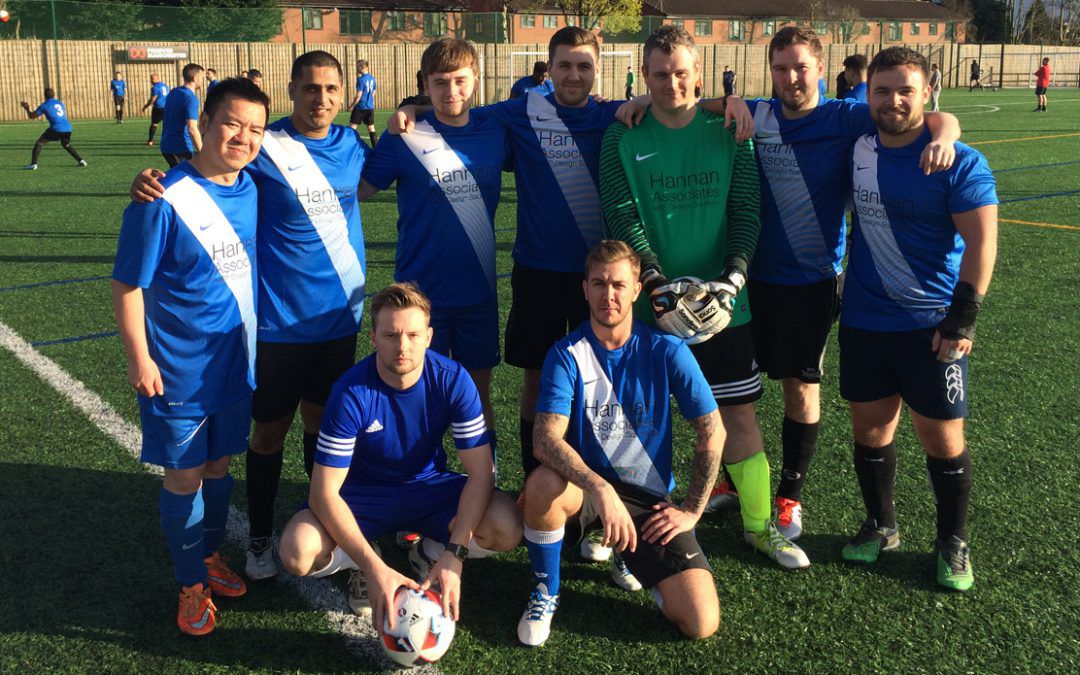 In total fifteen businesses from across Greater Manchester took part, to fight for the Forever Manchester Shield on FC United of Manchester’s community pitch.

Despite a few mishaps, and one accidental black eye during pre-match warm ups, our boys made it through to the semi-finals before being knocked out by Pixel Kicks (Boo!).

In total the event raised £2,250 which will go toward funding community projects across Greater Manchester.

Look out for Team Hannan taking part in future tournaments around Manchester.