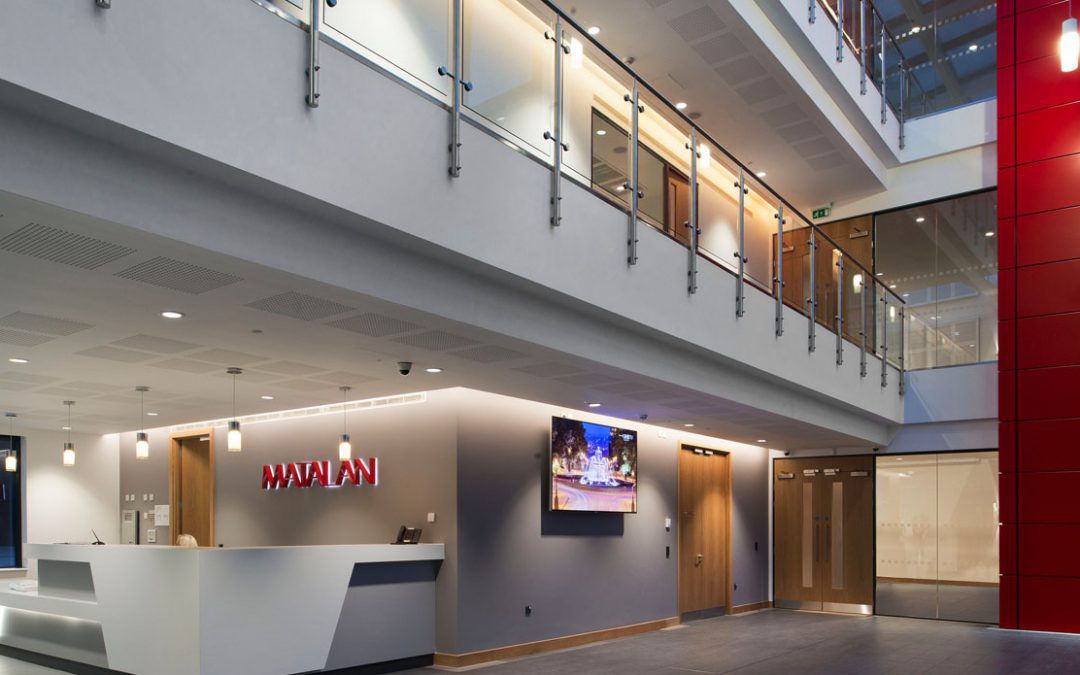 Our client Maro Developments won Regeneration Partnership of the Year at the 2014 Knowsley Business Awards for this Matalan HQ Project at Knowsley Business Park. Hannan Associates were responsible for the MEP Services Design for the project which reached practical completion in December 2014, with the first staff taking occupation in January 2015.

We were part of the design team which was led by Maro Developments and included Fletcher-Rae Architects, Capita Symonds and Curtins Consulting.

The scheme formed part of the regeneration of the former Petrolite site and the Galaxy Distribution Centre, and incorporates the construction of a new 132,000 sq ft, three floor Head Quarter office building and car park for Matalan. The build also included a 100,000 sq ft extension to the neighbouring 500,000 sq ft Galaxy distribution facility.

The services were designed to accept a proposed CHP cogeneration, which provides electricity and district heating. An absorption chiller in the office building have been used to provide cooling. The office development was designed to achieve a BREEAM ‘very good’ environmental rating.