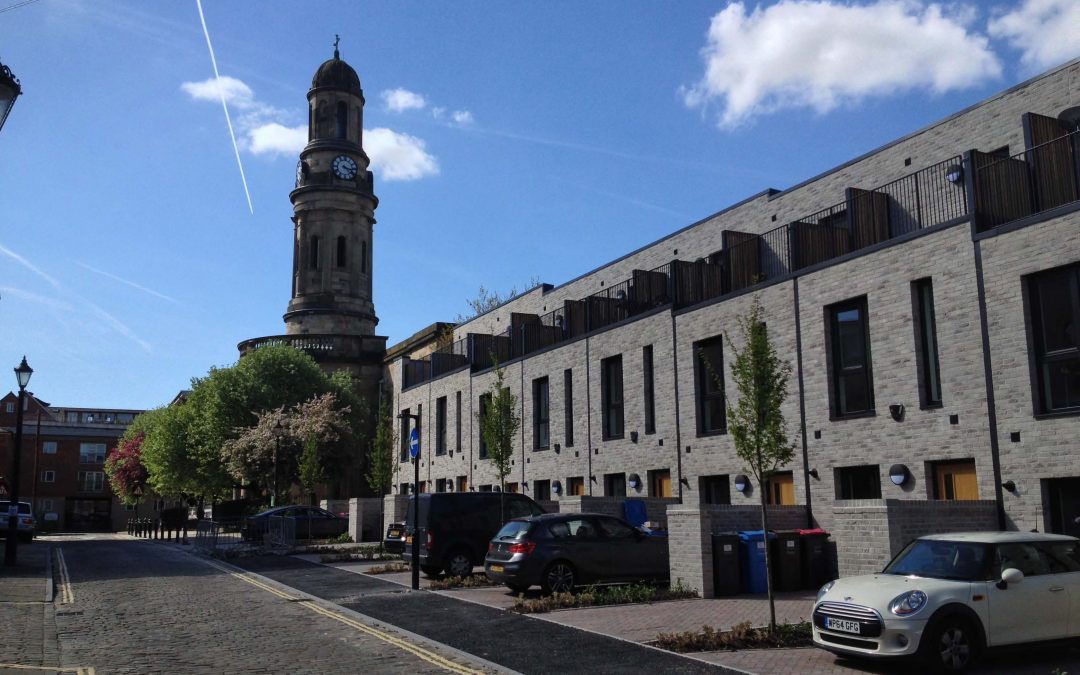 After completing work on Vimto Gardens we were pleased to be invited back to be part of the team for another phase of residential development on Chapel Street – Timekeepers Square.

We provided MEP Performance and Monitoring duties for the project and were very pleased to work alongside Buttress Architects and Integra Consulting Engineers on the design team.

The project was awarded ‘best built residential scheme’ and was runner up for ‘best overall scheme’ at the 2017 Manchester Architects Awards. It was also nominated for The 2017 Sunday Times British Home Awards ‘Development of the Year’ (under 300 homes).