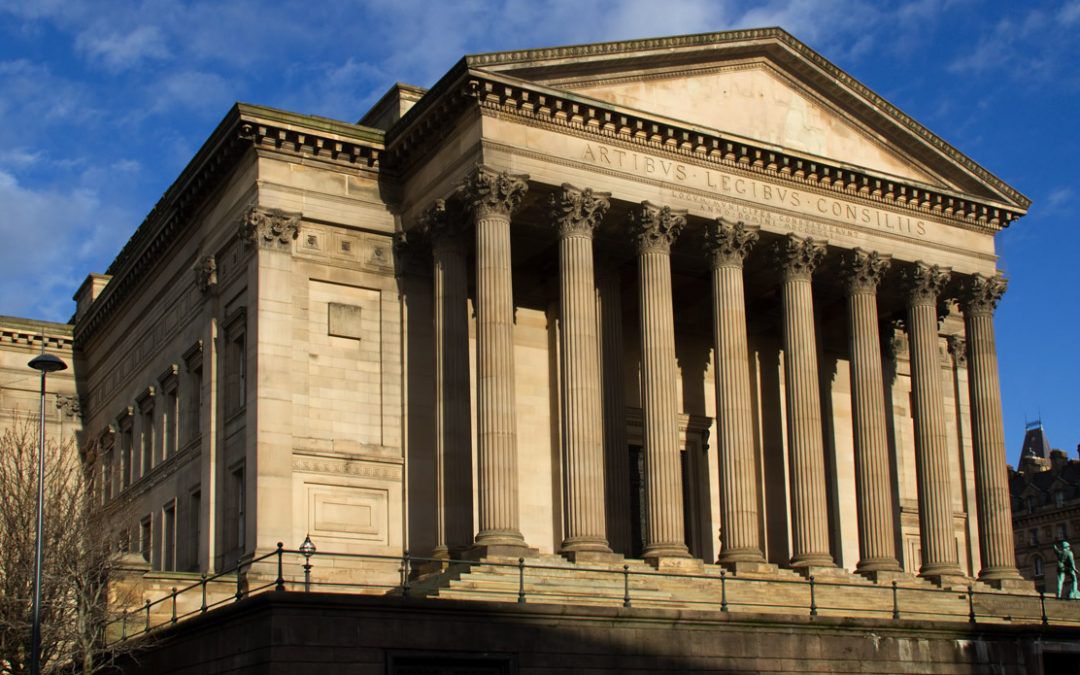 We are very proud to be part of the project team that won a Civic Trust ‘City of Culture Award’ during 2007 for our contribution towards the refurbishment of St George’s Hall in Liverpool. Hannan Associates also won a Merseyside Award for Architecture and Urban Design for ‘Best Architectural Lighting Project’ for this project.

St George’s Hall opened its doors to the public in 1854 over 10 years after it was commissioned. It has been a central feature of Liverpool’s architecture ever since, and has been called ‘The best example of Neo-Classical architecture in Europe.’

The hall is a public venue capable of holding 800 people in its large concert hall and smaller capacities in the small concert hall. It also houses magistrates and Crown courts.

Commencing in 1995 Hannan Associates were engaged in three phases of the refurbishment of this Grade I listed building to fully design and integrate the services seamlessly and invisibly.

After successfully completing Phase 1 of restoration works at St Georges Hall, Hannan’s were awarded Phase II and III refurbishments which were completed from 2003 to 2007.

This project in particular taught us the importance of sympathetically using the original building design features to achieve more modern and efficient systems. This included setting design parameters and using systems which made best use of, took account of and maximized the benefits of the existing heavy building structure and features such as the high ceilings.

St George’s Hall was reopened on April 23rd 2007 by HRH The Prince of Wales, after being carefully restored to its original glory.